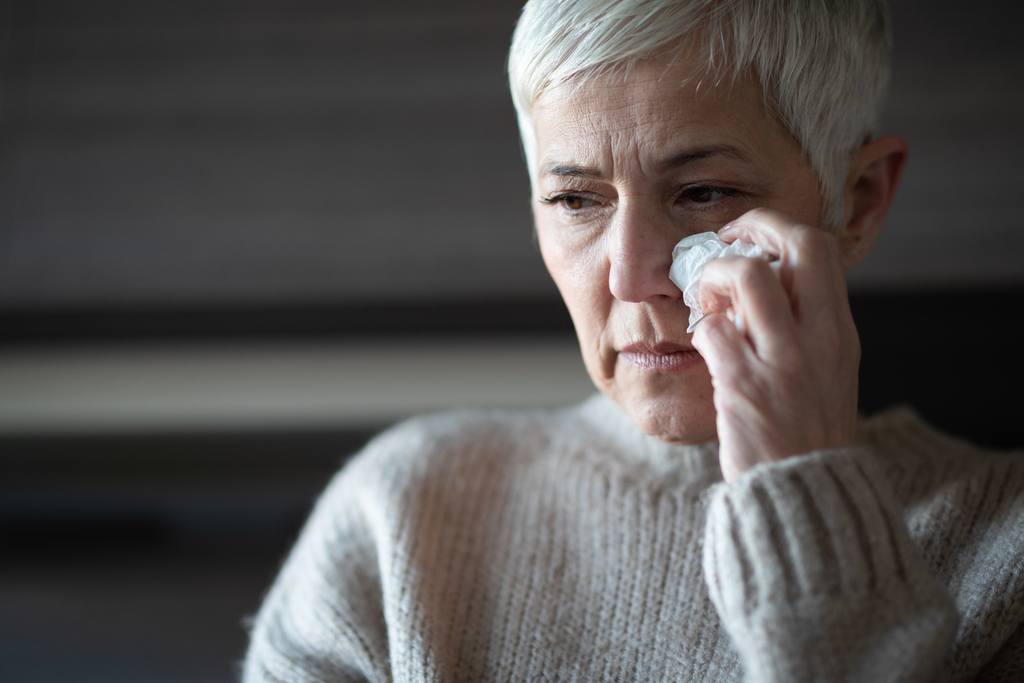 The Wounds of Love

As parents, you often console yourselves that you're doing an acceptable job with your children. You can point to an absence of behaviors that inflict obvious emotional and physical injury. You don't yell at them or hit them, for example. But you must recognize that you can hurt your children just as easily, and just as much, with quietly destructive parenting practices. The following interaction with Kristine represents just a sampling of the ways you can be unloving.

"My Parents Were Perfectly Loving"

Years ago I talked with Kristine, who told me that one of her two sons was using drugs and was in trouble with the law, while her daughter was in a terrible relationship. She had also recently divorced her husband, who had numerous affairs. "I've read Real Love," she said, "and I just don't understand how all this could have happened. I've loved my children and my husband, but everything went wrong anyway."

When I asked her about how she had treated her family, she could only describe how she'd been a kind and caring mother and wife. I asked about her parents, and by her account they had been unconditionally loving—almost perfect, in fact.

This might seem to be a puzzle. In the book Real Love and Post-Childhood Stress Disorder I explained that when children are the objects of disappointment, anger, and frustration, the primary message they hear is "I don't love you," and the effect is devastating. Almost uniformly, in fact, people behave badly because they are responding to the pain of not feeling loved. So what happened with Kristine's family? How could all these problems occur in the presence of Real Love?

Some Less Obvious Ways Children Can Be Hurt

While we can easily understand the effects of anger and criticism, children can be hurt just as much by injuries that are far less obvious. Like what?

In my entire conversation with Kristine, she did not admit that she might be wrong on a single occasion. Keep in mind that she came to me for help with her family, and they were all experiencing considerable conflict. And yet she didn't hear a word I had to say that might help her recognize her responsibility for her family's condition. She was simply right, right, right, and puzzled that everything wasn't going perfectly.

So I called her son Dylan—while Kristine was in the room with me—and I asked him, "Do you get tired of your mother being right all the time?"

With that information, my next question was easy. "So she has to have things her way, I'm guessing."

"Thank you. You've been very helpful."

In just a few short minutes, Kristine nicely illustrated several behaviors that wound our children in ways that are rarely noticed—partly because they're so common that they pass as "normal" and partly because they're not obviously abusive. In this brief interaction, Kristine demonstrated being right, being offended, and controlling. Let's look at each of these.

Almost everyone is deathly afraid of being wrong, because we've learned that if we make mistakes, people tend to criticize us and disapprove of us, which we interpret—usually correctly—as a withdrawal of love. We hate that, so we've learned that we can protect ourselves by covering up our mistakes, and one way to do that is to insist on being right.

There are so many ways to be right. We can argue, intimidate people, or simply fail to listen to what they're saying. All these defenses are intended to protect ourselves, so while we're being right it's quite impossible for other people to feel our unconditional concern for their welfare. In short, while we're being right, other people can't feel loved, and Dylan communicated that feeling quite well.

Kristine didn't beat her son. She didn't yell at him. She just refused to genuinely listen to him, and that was more than enough to convince him that she didn't care about him. His subsequent behavior—drugs, violence, and more—were simply reactions to that "I don't love you" wound.

If I'm offended at something you do, what am I communicating to you? I'm saying that you can't be yourself. When you're around me, you must change, or I will be hurt. It's a sneaky way of controlling people with guilt, which brings us to the larger subject of controlling.

Parents control their children far too much and for far too long. We can only learn from trying things that we haven't yet mastered, and this requires that we make mistakes. Parents often try to control their children's mistakes, usually under the guise that they're "just trying to help." But with these excuses parents ignore the much higher responsibility they have to teach their children, and this involves stretching, learning, and mistakes.

I tried to show Kristine how she controlled her son, but she categorically denied it. When I reached for the phone, she was visibly irritated—attempting to control me with guilt—but I called her son again. On speaker this time, he said, "She controls everything I do." Kristine was crushed.

I asked him if she yelled or hit him or threatened him, all common ways of controlling.

"Nope," Dylan said, "she's much more subtle than that."

"She does this little tightening of her lips, and then everybody does whatever it takes to get rid of that look on her face."

"Insightful on your part."

"Oh, that's just the beginning. If you make a decision she doesn't like, she keeps offering her opinion about what you should do—over and over, in different ways—until you finally give up and do it her way."

"I hate it. And she does all this while she's telling you that she's trying to help, and she cares about you—stuff like that. But it's all to control what you're doing. Yeah, I hate it. I finally left the house to get away from it."

"Thanks. I may be calling again."

When my call to Dylan was over, Kristine looked like she'd been beaten up. "I didn't mean to control him," she said.

"I believe you, but you still did it. He said that in a number of different ways. Do you see it now?"

"You guess so? If you're guessing, then you're still trying to be right. Do you want to keep being right, which is destroying your son—not to mention what it'd done to your daughter and what it did to the marriage you've lost—or would you like to learn how to live differently?"

Kristine burst into tears, and after several minutes she said, "I get it now. I really didn't see it before. And now I can see that my mother did the same thing to me all my life. She still does."

"There you go, kid. You just admitted that you were wrong—for the first time in this conversation. Nice work. Now you can begin to learn. Wanna keep going?"

"Oh sure. None of this makes you a bad person, just a stupid parent, like the rest of us. And you have to quit beating yourself up about this, or you won't be able to learn. If you're riddled with guilt, you're focusing on yourself, not your child, and you don't want any more selfishness, do you?"

"When Dylan made mistakes as a kid, what did you do? For example, if he left his homework at home, did you take it to him at school?"

"And if he became frustrated at not being able to do something—like ride a bike or whatever—what did you do?"

"You have a pattern of rescuing him, rather than teaching him and letting him learn important lessons."

"I was just helping."

"And keeping him from learning responsibility and learning from mistakes. That's called rescuing."

I reached for the phone, and she said, "Okay, maybe it's possible that I did."

I called Dylan, and he confirmed that Kristine saved him all the time, from even the smallest mistakes or troubles. "And when she saved you all the time, how did you feel?"

"Yes, that's it. I could never quite describe that feeling. Sometimes I'd even tell her that I could handle it myself, but she'd help anyway."

I hung up the phone and Kristine said, "Okay, okay, I'm starting to get the picture."

"Now, in your defense, Dylan often liked it that you saved him. We all have a degree of laziness, so we like it when people do our work for us. But overall, you hurt him by not remembering the higher goals of teaching him responsibility and resilience."

"I've really screwed him up, haven't I?"

"Yes, but you didn't know any better. It was, after all, how you were raised, so how would you have known to raise Dylan differently? So feeling guilty would be kind of silly, and quite counterproductive, as we've discussed already."

As we talked further, Kristine realized that she had also been far too permissive with Dylan. It might seem contradictory to state that a parent is guilty both of permissiveness and controlling, but that's the case with most parents. They alternate between controlling and permissiveness. They control their children's behaviors about many things—usually the small things, the behaviors that the child allows to be controlled. Kristine, for example, controlled Dylan's clothing, choice of friends, hair, bedroom cleanliness, and more. But these same parents are utterly permissive about the behaviors that matter more to the child's happiness. Kristine just let Dylan do what he wanted when it came to homework, media use, and bedtime.

Why do parents control some things and completely let other things go? The determining factor is often how much fuss the child kicks up. If, for example, a child has a complete fit about not going to bed, being nagged to do homework on time, and being told not to play video games, these are usually the behaviors the parent neglects, while controlling the behaviors where the child is less resistant.

Permissiveness is harmful and therefore unloving, because it always involves a relative absence of accountability, which is essential to the teaching of responsibility. Children who don't learn to be responsible are guaranteed not to enjoy a full measure of real happiness. I see parental permissiveness with alarming regularity. Parents can't tell their children no, they can't hold them responsible for chores around the house, and they can't limit many activities—notably the use of computers, television, cell phones, and video games—that can be quite harmful when excessive.

The Importance of Being Honest with Ourselves as Parents

As parents we often console ourselves that we're doing an acceptable job with our children precisely because we can point to an absence of behaviors that inflict obvious emotional and physical injury. We don't yell at them or hit them, for example, but we must recognize that we can hurt our children just as easily, and just as much, with the behaviors discussed above—which represent just a sampling of the ways we can be unloving.

We can hurt our children even though we don’t yell at them or hit them.

Recognize any of the following patterns in your parenting: being right, being offended, controlling, rescuing, and being permissive.

Be honest and willing to learn how you can change any of these quietly destructive parenting practices.

What You Can Do Now

Join with other parents who are experiencing the same problems. Let Greg teach you how to feel loved and not fear your child's disapproval. Click on the button below and watch a free lesson from the Ridiculously Effective Parenting Training course today.