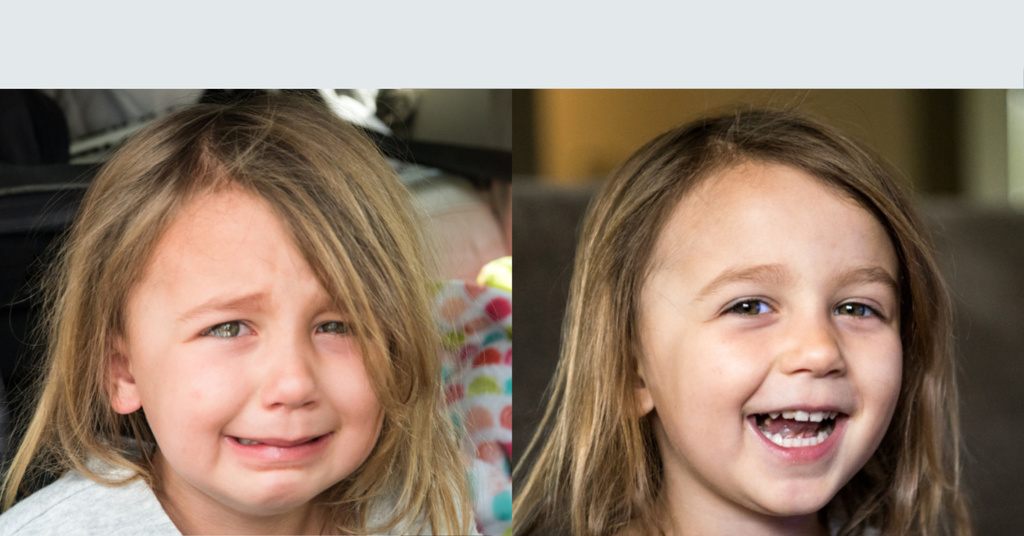 Do You Have a Child Who Whines or Cries?

You CAN Learn How to Stop It—Immediately

Are you not crazy tired of hearing that awful noise that pierces the walls and drills into your skull? Learn what you can do to stop it—right now—for children of nearly all ages.

First, why do they whine?

So whining is very understandable, but the damage is horrifying. It’s annoying to you, sure but—more importantly—it’s very harmful to your child:

How Can You Stop Your Child from Whining?

Now, how can we stop our children from whining—immediately?

You are moments away from the simple steps, but first you need the foundation that must be in place before the steps can be effective.

A. Kindness and Love. When they whine, your children are not being “bad.”

They’re in emotional pain, and using what they’ve learned to be effective in getting your attention. If you’re irritated as you address their whining, you’ll add to their pain, and you’ll just make things worse.

B. Immediate. The whining has to stop right now and forever.

That can’t happen if you allow it to happen at all. So, you have to take action within 3-5 seconds of hearing any whining or crying.

C. Consistency. You have to act EVERY time you hear whining, or your inconsistency will seriously confuse your child.

Transform your whining child into a happy, peaceful child.

The Steps that WILL Stop the Whining

Finally, the steps that WILL stop whining IMMEDIATELY:

This almost seems counter-intuitive. Whining children rarely seem adorable, but remember that children whine only to get your attention, which they vastly prefer to feeling ignored. If you are the slightest bit irritated as you respond to them, they will feel threatened and unloved, and they will likely defend themselves with even more whining. In short, no anger from you. Ever.

The most immediate and powerful way you can communicate that you love your children is to genuinely listen. While they are whining, look them straight in the eye. We tend not to do that, but if we will, our visual connection can create a measure of instant intimacy.

Touch them. Hold their hand, touch their shoulder.

Ask them what they want. Yes, I know, they’re already whining or screaming what they want, but now you’re ASKING them and listening with intent, which creates an entirely different atmosphere.

Prepare them to be taught. Gesture toward yourself with your hands and say, “Look at me. Listen to me.” Firmly. If you’re tentative, or if you indicate any degree of sympathy for the whining or crying, your child will interpret this as weakness and will discount or dismiss what you’re about to teach.

And I repeat: you cannot be angry. None. If you’re irritated at a whining child, it simply turns into a contest of wills, not teaching.

What You Will Say to Stop Your Child's Whining

So what exactly can you teach? You say (in this order):

Simulate the sound of whining, so there is no doubt about what you’re saying. You can’t be mocking them.

What if they stop whining at this point? Great. You have established a single moment where whining stopped immediately, proving that it can be done. Now, keep going.

If the crying or whining was so distracting that you couldn’t understand what your child was demanding, then you can ask them to calmly tell you in words what they want. Or you might already have understood what they wanted, despite the whining.

Either way, at this point you explain how it’s going to work with whining from now on.

You say, “What you wanted was XX (ice cream, to play outside, to keep playing your video game). Of course you want that. It’s fun (or tastes good, or whatever). I understand. But from now on if you whine for something, you cannot have that one thing you whined for at all. Not today. Tomorrow or another day, you can ASK for it—with calm words—but today you can’t have anything that you’re whining for.”

What if they keep whining—after Step 3 or Step 4—to the point that they’re obviously not hearing you? You calmly say—without raising your voice—“We’re not whining or crying out here (in the house or apartment), where people are trying to be happy. Everybody out here is trying to be happy. NOBODY is whining or crying. So you can go to your room and stay there until you’re ready to calmly use your WORDS to tell me what you want.”

There is no specified time they have to stay in their room—only until they’re ready to calmly use their words. You might have to repeat Step 5 more than once. And the rule of Step 4 still applies when they do use their words.

What to Teach Before Your Child is Whining

All these steps are integrated. Although listed in sequence, they’re all related, and you might need to alternate between them, or change the order, do more than one at a time. Step 1 always accompanies the other steps, for example. Or Step 5 might be necessary before Steps 3 and 4 are even possible.

If possible, teach all the above steps BEFORE you begin implementing them, before the next episode of whining. You might say, “Here’s what we’re going to be doing from now on,” and then explain what will happen if there is any whining—immediately and every time. The steps are the same regardless of age, although the language you use would be tailored to their understanding. This approach can be used with children as young as 12 months, even when they’re pre-verbal. They can calmly point to what they want, or learn one of the pre-verbal sign languages designed for children.

Does this actually work? Uncounted thousands of parents around the world have followed these steps, and they report that if they actually do them, they ALWAYS work. One mother recently did this with her 5-y.o. daughter, who immediately quit whining permanently. Two weeks later, her father was whining about something to the mother, and the 5 y.o. whispered in the mother’s ear: “Don’t answer him. He’s not calmly using his words.” Yes, they understand, and yes, it works.

Transform your whining child into a happy, peaceful child.